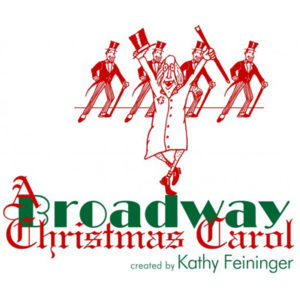 Kathy Feininger, known as the funny Christmas Carol lady, took the old Dickens work and put together a hilarious parody more than ten years ago. Art Station had staged the show some years back; and now they have brought it back center stage; and it is a total romp.

Scrooge (Jeff LeCraw) isn’t the same old geezer you have seen before, but he is still a miserly old character. Except this one can sing and dance, even in his nightshirt. Joy Walters is the female in the cast of three, and she comes on in quite a few personae, including her package as the ghost of Christmas Present. And Ben Thorpe is Bob Cratchit and Tiny Tim. There are also some puppets on stage and the music is provided live by Patrick Hutchison, who also plays off some of the characters, and Thom Jenkins.

Thy work through the same old story, but moved along by more than two dozen standard tunes, sung to new parody lyrics that will bring the house down. David Thomas directed this one, and every viewer had a great time. THIS IS ONE YOU DO NOT WANT TO MISS . . . . It isn’t so much for the kiddies; but if you are a grown up and have over-dosed on the same-old, same-old, then this is the one you just gotta see.

The theatre is in the Stone Mountain Village area, easy to get to (as you fight your way on 285) and plenty of free parking, good seating, and goodies galore. More info at ArtStation.org