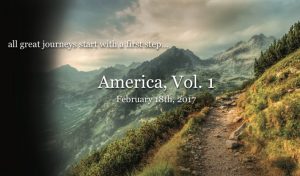 The GSO has started off on a new trail under the baton of Musical Director Timothy Verville.  They will be bringing us in contact with more works by various American composers in this current season.  As Maestro Verville explained, the concert this past week was styled as Volume 1, as there will be several more to come.

While many of us think we may know of most classical composers, there is always the chance that we may yet to be introduced to some new names with intriguing works.  The GSO opened with Howard Hanson’s Symphony No. 2   A composer whose works are classical and romantic yet speak to us of today.  He rose to fame in the 1900s when George Eastman founded the School of Music at the University of Rochester, and Hanson came on to serve as director.

After a break, the GSO presented Samuel Barber’s Adagio for Strings and his Angus Dei, with the GSO Chamber Chorus onstage among the players, adding their voices to the score.  After these works the full Chorus took to the stands and presented an engaging set of 10 of Aaron Copland’s American songs.

They performed to a sold out house, which thoroughly enjoyed the concert.  The performances are at the Marietta Performing Arts Center, just a couple of miles west of the Square.  Next up with the GSO will be A Sensory Friendly Concert on March 4th, and if you love jazz, the GSO Jazz will be holding forth at the Earl Smith Strand Theatre on the Square in Marietta on March 18th.  More info and tickets at GeorgiaSymphony.org