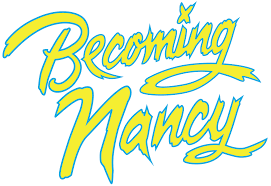 When Terry Ronald wrote the book decades ago, he probably never thought of it hitting the stage. But, when Jerry Mitchell read the novel, he was enthralled, and brought together a team of very accomplished creators to bring this story to you today. True, it is not 1979 in a London suburb. But, as the French so often say, “The more things change, they more they stay the same.” And racism and homophobia has not vanished from our society,

The book by Elliott Davis is wrapped into the songs by George Stiles and Anthony Drewe, and a large cast brings the message to you on a great staging by David Rockwell. Zachary Sayle is stage center as young David Starr. He is at a prep school where the drama coach doesn’t have enough girls for his cast of an adaptation of Oliver; so he drafts David to play Nancy. That’s a problem for many school chums, townies and family.

The two dozen players dance, fight and sing their way through some really meaningful numbers. David deals with being bullied, and a classmate who is not Caucasian is told to go back where she came from; albeit she was born in the UK. In addition to some terrific singing and dance, choreographed by Jerry Mitchell, there are lyrics in some of the numbers that resonate to the deepest parts of our minds and hearts.

The lessons are that we can’t let others live our lives, that we have the right to care about ourselves and fulfill our own dreams, and know that each of us does matter.

This is a highly energetic show, a little hard to follow in Act I as the numbers are belted out quite loudly in chorus. But, in Act II everything comes clearly into focus and with great aplomb and success. It’s not a Cats, or Annie and you won’t leave the theatre humming the tunes; but you will leave having the vital messages etched even deeper into your soul and thinking of how we may each help to make a better world.