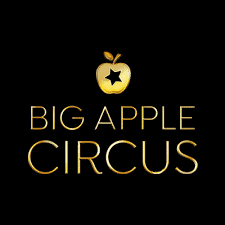 HOORAY !!! They’re back. The Big Apple Circus had a fantastic number of shows over the years and after they had to shut down for financial reasons, a wonderful gentleman named Neil Kahanovitz stepped up the plate, left his medical practice and joined the circus. Thank you Neil . . .

You may recall the old days when the Big Apple played at Stone Mountain, and the last show they did a couple of years ago at Verizon. They’ve returned to Alpharetta again under their big top and brought a fabulous touring company to town.

You probably know that one aspect of their history is that no animals are ever mistreated; and when you watch all the horses and dogs under the handling of Jenny Vidbel, you’ll want to run up and pet them all. You will also get to see two gents who have been inducted into the Guinness Book of Records as they do some truly impressive balancing/flipping acts. They are Fabio and Giulano Anastasini.

And if you ever got into high wire stuff you know of the Wallenda family. One of the final acts in this show features Nik Wallenda and some of the family on a scary high wire act performed without a net. You know it is not one you wish to try at home.

While this show may have a few less performers than in years past, you’ll feel no less than excited at what they bring forth. The comedic duo who hold the stage while the acts change are a riot as they work the house, and the live orchestra is just great.

This is certainly one for anybody from 3 to 103, and easy to get to near 400 in Alpharetta. If the day is chilly they have heater trucks for the big top, and they’ve plenty of concessions so you won’t go hungry. The show runs about 2.5 hours with an intermission. Plan to arrive early, because as at so many venues these days; you’ll have to pass security as you enter. Some days they have morning and/or early afternoon shows, so bring the kids or grand-kids and have a ball. More info at BigAppleCircus.org