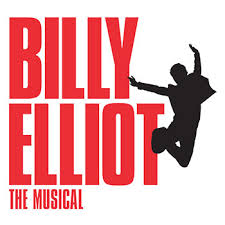 Billy Elliot is a tale of a young lad growing up in a coal mining town in the UK back in 1980’s. Those were days when the government was nationalizing the coal industry, trying to do away with the National Union of Miners and things weren’t easy. Most of the hard working folks were just about penniless and they may have had to go on the dole, but they preferred to work for wages.

The Iron Lady, Margaret Thatcher, was PM, and the Tories weren’t inclined to go to the table with those country bumpkins. The bloody strike lasted a whole year.

Set against this backdrop we have a family where their son, Billy gets into dance and is so good at it that he might just win admission to the Royal School of Ballet. His macho dad isn’t buying it; and probably thinks all danseurs are fags. And the story goes on as Billy hones his skills, family ties get stressed to the limits and it seems there may be no end in sight for anybody.

Liam Redford is incredible as Billy. He handles the ballet steps, jumps, swings, flies, and even tap dances like pro as well. The audience was soooooo taken by his work that I think everyone in the audience wanted to take this young man home with them.

Drew McVety is his Dad, and Bethany Irby is his Mum. Pamela Gold is the ballet teacher, Mrs. Wilkinson, the one who fuels the fire that burns so well. In Act II, young Billy teams up with an older version of himself, played by Luke Badura, and they deliver an awesome version of the dance from Swan Lake. It’s a huge cast and totally Broadway quality.

The music is by Elton John, who might have been emotionally attached the story as he is a Brit, albeit he hangs out here most days. Judy Cole conducted the live orchestra in the pit, and this top-notch show was brought together and directed by Brandt Blocker.

If you are thinking of bringing the kiddies or Ms.Prim, please be advised that working class folks might tend to use an expletive as a universal modifier. The show runs at the new Byers Theatre in Sandy Springs, and it is a really posh venue. More info at CitySpringsTheatre.com