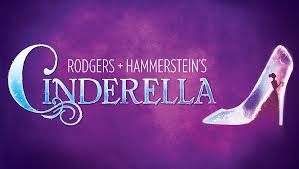 Rogers & Hammerstein’s musical version of Cinderella has been brought back with some updates and changes to the book by Douglas Carter Beane, and some additional R&H numbers which weren’t in the original 1957 production. The story line remains the same, about the poor girl with the nasty step-mom who is helped along by a fairy godmother and winds up wed to a prince charming.

This is a national touring company with Broadway style sets, props and costumes. Cinderella, a/k/a Ella is played by Kaitlyn Davidson, and the Prince Topher is Andy Huntington Jones. Interesting in that this prince in real life did find his love onstage in a production they both appeared in. The good fairy, Marie, is Liz McCartney and she really belts out her numbers as she flies.

This production finds the Lord Chancellor Sebastian (Blake Hammond) manipulating the prince along with is side-kick Lord Pinkleton (Chauncey Packer). They are promoting the prince to sign off on edicts which will further invade the lifestyles of the poorer folks in his domain. There is a new guy named Jean-Michel (David Andino) who is a Rosa Parks kind of spirit. He wants to stand up for what is right and have the people be fairly treated. And, so we have the good vs. evil on a royal scale as well as in the little cottage.

Inasmuch as this is one to be enjoyed by the youngsters as well as those of us who are alleged to be adult, they have scheduled a 2pm matinee on Saturday and a 1pm on Sunday, which will also have a final performance that day at 6:30. So for further info and tickets just visit them at FoxTheatre.org