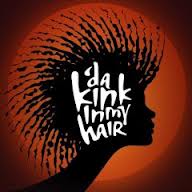 Trey Anthony is the Playwright in Residence at Horizon this year, and working on developing a new play. This one dates back to 2001 when it first played in Canada and the UK. She says it is derived from a lot of her own life experiences and the sixth sense that so many women have about life in general.

Terry Burrell, who recently pulled off a one-woman show about Ethel Waters, is now Novelette, a woman from Jamaica who has a beauty salon here in town. It’s better known as Letty’s Salon. And she is a believer that if you want to know a Black woman, you just have to touch her hair. And that’s what we see as the trigger mechanism to get each of eight different women to spill the beans to the others.

The play moves along with some island type dances, plenty of sturm und drang, and a score that you’re not going to be humming as you leave the show. Maiesha McQueen is Miss Enid, a lady who is intent on recreating her physical pleasures. Marliss Amiea is Sharmaine, who is in from Hollywood and strutting her stuff as she seeks her VIP treatment. Each of the ladies has a story to tell, including the only white gal, Jennifer Alice Acker. She has some acceptance problems as she is not a typical homey for this salon.

The set is static, except for some projected imagery from time to time. And there is live music provided by S. Renée Clark and Monica Carter. It is a series of stories of hopes, experiences and rebirths, as each seeks the ways to obtain control of their lives.

The Mirvish Theatre group which has many stages in Canada did produce many presentations of this play, but it has had a limited run south of the border. It may well be more for the ladies then for some guys, although the sold out house was not limited by sex nor ethnicity to any degree. More info and tickets at HorizonTheatre.com