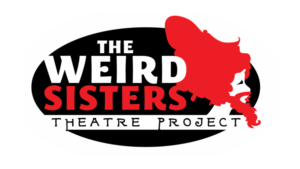 This play based on a book from the 1920’s is about bored Brit housewives escaping to a holiday sans hubbies, and how what could have been a riotous undertaking evolves into finding solace and rebuilding of relationships.

Lotty (Shelli Delgado) and Rose (Amanda Cucher) are a couple of pretty prim church ladies who find an advert for a vacation rental of a castle in Italia. They’re stuck in unrewarding unions with Mellersh (Josh Brook) and Frederick (Topher Payne). They decide to go with the idea, but they want to bring another couple of ladies on board to fill up the rooms and share the costs. So Lady Caroline (Maggie Birgel) and grumpy Mrs. Graves (Holly Stevenson) round out the temporary sorority.

Mellersh is a control freak type who wants a fully subordinated woman as his wife. He’s a egomaniac solicitor. And speaking of soliciting; Frederick is a writer who is doing some works using a nom de plume, and used the alias when he met up with one of the other 3 ladies at a book signing, clueless that he may wind up in the same scene with both his wife and his wanna-be.

The first act set serves as a background for fast shifts through several venues as these ladies make their escape plans. Then, in Act II we find a grand scale set on the patio of the Castle overlooking the Mediterranean and the domestic, Costanza (Stephanie LeeAnn Earle), tries to handle this bunch of weirdos. The property owner (J. L. Reed) shows up, and he finds some interesting eye candy there. But, when Lotty and Rose decide to implore their others to come join the gang, you expect all hell to break loose, in a Moliere fashion. But, it doesn’t quite work that way. This one is not quite a Shirley Valentine story; as each of the women finds satisfaction in manners they might never have imagined, and all comes out right in the end.

Directed by Kate MacQueen, the cast does a fine job and they’ve done well
with the lines in Italian. If you’ve seen one of the films you know where it’s going, but the play takes longer to get there, but it is thoroughly enjoyable and a great credit to The Weird Sisters. This is playing only to the 29th at the Out of Box Theatre on Cobb Parkway. More info at TheWeirdSisters.org