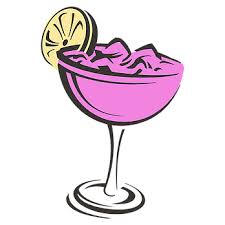 Entertaining Lesbians
Out of Box Theatre
through August 17, 2019

Sometimes a great work of art takes quite a while to perfect it. Topher Payne has worked on this one, and tweaked it for 8+ years, and now can yell, TADA! To jump to the bottom line, this one is a laugh riot as only Topher could write. The play is at a small theatre near the Big Chicken on Cobb Parkway, and you just have to go see this one.

There are seven characters who you will meet. Each of them is as full of it as any sitting politician; save Tad Tuttle (Daniel Carter Brown) who just has his steadfast character. But his wife, Rowena a/k/a Ro-Ro (Emily Sams Brown) is deep into recreating their stage family so that their daughter can finally get admitted to some socially acceptable private school which has previously turned her down.

It seems that neighborhoods and society in general may be changing and the school is now integrated and also has a couple of lesbians on the board; played by Kait Rivas and Amanda Cucher. So Rowena decides that their maid, Mrs. Kelley (Parris Sarter) will play the part of their best black friend, when they host the gay couple for a 2pm reception on their patio, a/k/a verandah. Nobody is who or what they really are. Just wait until Rowena’s mother (Carolyn Choe) shows up. It seems she is not dead, nor is she wanted at the elitist gathering. So she is pushed to become the German servant. Ach!

Then we have a tennis pro who may have a second career as a kidnapper. Oliver (Matthew Busch) would like a payoff for returning the daughter to Tad and Rowena; but that isn’t going to work out. Characters change, their baggage moves around, and the end isn’t quite what you might anticipate. But it is one hell of a funny journey.

Topher not only penned this one but designed and directed the production, and you can bet it will play in some other houses in the coming seasons. But right now you have a chance to see and interact with the presence of a fine cast in a small theatre where every seat has a great view. More info and tickets at OutOfBoxTheatre.com   Just know it is MUCH better than the evening news or any debates.