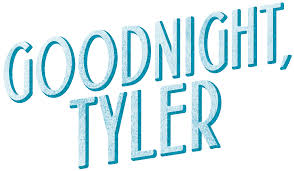 A young playwright, Benjamin Tindal, was deeply affected by the shooting of Michael Brown in Ferguson, Missouri five years ago. And his award winning work is being staged on the Hertz Stage under the direction of Kent Gash.

The stage is set between sides of seating, but the view is pretty much the same from any seat on either side. It is an apartment in which young Tyler Evans (Travis Turner) is living with Davis (Alex Gibson). They are really tight albeit they share so little in their backgrounds. Davis is a gay comic character, while Tyler is not. Tyler is a black gent, while Davis is white.

Tyler is out with his girl friend, Chelsea (Alexandra Ficken) one night when everything which could be misconstrued and go wrong, does so; and Tyler is brought down by a white cop. And this is where the tale begins. For one may be dead but not gone from our thoughts and visions, be it a day or a decade. Tyler shows up as a vision to Davis and they start to work through so much. Are they a couple, how does Chelsea fit in, what about grandma Fannie (Andrea Frye) and what does she deem acceptable?

The other couple in the show are Drew (Chris Harding) and a tough gal, Shana (Danielle Deadwyler) who also delivers some humor, angst and thoughts. The problems of racial profiling persist to this day and you can read of somebody who gets shot like Tyler in Atlanta, Chicago, Los Angeles or some small town. There are areas in our town where some folks of either racial description may feel il at ease walking about in the night; and they are right to feel so.

This is a show that draws you in and makes you think; and one thing you may think about is how we each may work to eliminate such terrible activities. This is a high energy production with plenty of yelling and even a gun shot in Act II. But it is one you should pay attention to. It is not for the MAGA or Klan crowd, but for reasonable folks.