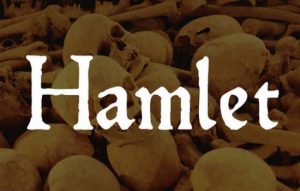 Hamlet
Theatre in the Square
through October 16,2016

This isn’t exactly how the Bard may have imagined his opus to be staged. For most of the roles are sexually reversed; ergo Hamlet is female while the Danes are ruled not by a King but by a Queen.

Emil Thomas designed this work and directed a cast of a dozen players, who exude great energy in their drive to get the story across to an audience. Shay Alexi plays the Prince of Denmark and she is quite talented in remembering such an exhausting routine.

While the cast and crew put their all into this, it isn’t one for the school kids nor the elders with fading memories; since it is very confusing for those who are familiar with the plot; even though many pronouns have been changed from masculine to feminine in the show.

The stage is somewhat basic, for as the Bard had said; the play’s the thing.

The new Marietta Theatre in the Square is easy to get to with plenty of parking nearby. More info and tickets at TheatreInTheSquare.net