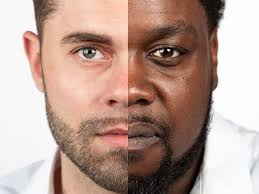 We should stand and salute playwright Kimberly Monks for this poignant opus about racial divisions and diversions in this nation where all are supposedly created equal Thomas W. Jones II, directs a brilliant cast of five players who take the stage after a sorry event in a suburban setting.

As you watch the story unfold, you know that it could well be here, or anywhere. The tragedies of Ferguson five years ago and the events in Phoenix this week strongly suggest that the more things change the more they could stay the same.

Robert (Enoch King) was a black man with a family living in an allegedly safe community with his wife (Wendy Fox Williams) and young daughter, Stephanie (Therecia Lang). A neighbor, Thomas (Justin Walker), sees Robert hanging around and has concerns, not recognizing him as being on his own property. Robert meets his death in a brief and deadly encounter

Thomas’ wife (Emily Kleypas) had felt that Thomas was a bigot at work and in the hood. And both wives were torn apart by the catastrophe. The story evolves as Thomas is compelled to walk in another man’s shoes, literally and figuratively. And having done so, he starts to understand what it must be like to live the life that was cut short in the tragedy.

It is a world premiere of this work, which is going to play to many audiences who will be challenged and moved by what they see and hear and are compelled to think about. Most of us who have traveled to many other countries fully agree that the more you know people from other cultures, the less likely you are to want to kill them.

Please see this very moving work, which is performed in an easy to get to venue on Peachtree Street. More info at SynchroTheatre.com