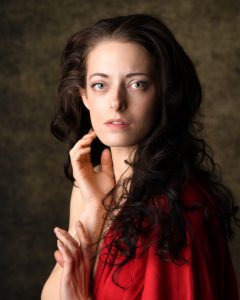 We are so fortunate in our area to have such an amazing theatre community. There is never a week that passes without some pleasing stage production; and the French language theatre of dreams is a prize winner. Yes, most of their work is performed en Francaise; but when doing so there are always super-titles so nobody can get lost in the story line.

In this show, Once Upon A Time, we meet the women who started writing fairy tales which persist to this day. The time is during the reign of Louis XIV who thought of himself as Louis the Great and by others as Louis the God-Given. For he was not a compassionate chap, and imposed his beliefs and desires upon the less privileged. Hmmmm. . . as the French saying goes, the more things change, the more they stay the same.

And in olden days, women weren’t on the stage, nor were they published. Ergo, it was not easy for women to gain status other than what was granted to them. Otherwise they remained chattel. But one woman, the countess Marie-Catherine d’Aulnoy, wasn’t going to put up with that. She tutored and helped other women to express ethics and morals in stories that may be presented as fiction but may also be predicated upon real lives.

And this is where our local genius, Carolyn Cook, wrote and directed this wonderful production. We meet three ladies; Eliana Marianes as the countess, Natalie Karp as her friend and associate in her writing salon, and Jennifer Schottstaedt as a young wanna-be writer. As we know to this day, being a writer isn’t that easy, and getting published isn’t either; until and unless your celebrity puts your name above the title. And, Carolyn Cook certainly deserves that honor.

This was a century before the French finally had enough, and fought for liberté, égalité, fraternité (Liberty, Equality and Fraternity) and stormed the Bastille and got rid of Louis XVI. The set works quite well and the costumes are out of this world. The whole play is one that we are privileged to see here; and it should be staged in Montreal, Paris, Provence an other locales.

They perform at 7 Stages which is in Little 5 Points. Easy to get to and plenty of places to grab a bite. Try to get there early as parking can sometimes be difficult, and if you park in a metered space, you may be targeted by the ticket cockroaches if you go overtime. More info at TheatreduReve.org