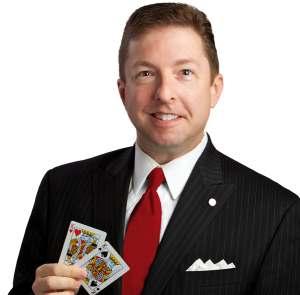 But, magic and the associated fields are what has been his love in life and he has merged them with his scientific background and his business experience to become an a-list candidate for many corporate events around the world. I’ve worked many trade shows and meetings and I can assure you that he can grab your attention and hold it firmly in his grip, where none of the usual blah-blah-blah presenters would.

He recently appeared in Marietta’s New Theatre in the Square. The crowd went wild, and a good time was had by all. The kiddies in the audience were thirsting after the schtick to see how they would wind up, as the adults who’ve seen it all, wondered why Joe was so much better than they had hoped for. He’s right up there with performers such as David Copperfield and Penn and Teller. Just doesn’t have the props they do.

You can easily google him or just visit youtube to watch some bits. But, if you see him being on stage around town, you just have to get to the show; as it will blow you away.

He styles himself as a magician, mentalist and speaker. And he’s first rate in all.

Next up at the New Theatre in the Square will be Hamlet which open September 29, with an unusual cast. Their website is TheatreInTheSquare.net