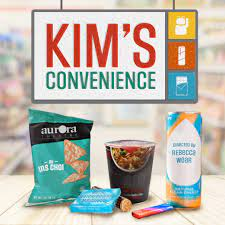 How impressive that Ins Choi chose to craft this production about a Korean
man who started a business that he thought could be like a 7-12. Obviously,
his gas station could adopt the 7-11 logo. But who would have thought that as
this play in Lawrenceville would take place, within a day or two, a
local bodega was attacked by robbers with knives? The message we need to
get out and adhere to is that we are all allegedly human and should act
accordingly. Language, clothing, skin tones, are just things. Those you may
feel are below you in status probably want the same things for their families as
we do.

Isabel & Moriah Curley-Clay did a great set and Rebecca Wear is directing the
cast of five players, with James Yi as store owner and Caroline Donica as his
daughter, Janet. The show runs in one act, about 90 minutes. Easy to get to,
free parking, and plenty of goodies. More info and tickets at
AuroraTheatre.com