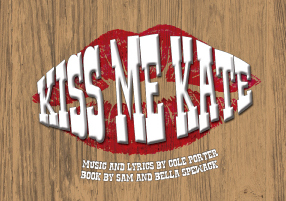 Local theatre fans have a great week right now. Another terrific musical just opened at Dunwoody Stage Door Players, with a fine cast, and live band and some really camped up stuff that would have The Bard in stitches.

Directed by Alan Kilpatrick, the cast of 14 players come on like Energizer Bunnies. Jen MacQueen choreographed the show and the audience really loved it, especially when Bianca (Lyndsay Ricketson) did her Tom, Dick or Harry routine with Gremio, Lucentio and Hortensio.

This one has been around for more than 50 years, and is still enjoyed around the world. You know that it is more like Mel Brooks than Bill Shakespeare, and is about some show folks who are opening another show in Philly, Boston or Baltimore. You have to really mind your manners not to be singing along, especially when the two mobsters, Luis Hernandez and Jessica DeMaria sing off at the end of the show with Brush Up Your Shakespeare. And that one is fine for you to join in.

Bryant Smith plays the guy who is to be Petruchio in the play within a play; and he’s got some relationship problems with Lilli (Paige Mattox) who is cast as a shrew oft called Kate. She’s ready to quit the stage, but nothing ever works out as planned, and the action moves along.

Even though this is a small stage production, it moves easily from scene to scene; the band is back-stage but in perfect synch with the action, and the costumes make you think that maybe you need to loose a couple of pounds.

This is one piece of work, and there wasn’t one minute that didn’t captivate the audience. More info and tickets at StageDoorPlayers.net