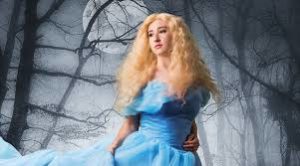 You know the usual story of Cinderella, as crafted by the Grimm Brothers in the early 1800’s. But this is not quite the same. Around 1817 Gioachino Rossini adapted a lot of it into his Comic Opera. It is a pure delight to all your senses be you 8 or 88 years of age.

Joan Font has come to town to stage this one, and a grand job it is indeed. Yes, there is the abused young scullery maid who is known as Angelina (Emily Fons). She has those two egocentric step-sisters, Clorinda (Bryn Holdsworth) and Thisbe (Elizabeth Sarian) each of whom has the hots for a prince who is coming to town and will host a ball, as he searches for a soul mate. But, many of the folks who stop by are not whom they pretend to be. For the prince, and his valet take on each other’s persona while the valet susses out who’s who and what’s wanted. Of course poor Angelina is disinvited to the ball by her pompous step-father, Don Magnifigo (Dale Travis)

Guess what . . . she manages to dress up, get out, get noticed, and then get back to the hovel before the Don manages to come back. Ergo, he assumes the gorgeous woman everyone envied at the affair, just happened to look somewhat like Angelina. He was such a jerk he could have run for office is office holders were elected rather than being heirs apparent in those days.

Emily Fons belts out her numbers as a real coloratura, and every member of the cast is really a delight. As the story progresses, there are a couple of dozen sentries and quite a few rodents who spend a lot of time on the set. It isn’t easy being an operatic mouse, that’s for sure. But nobody gets trapped, except the two nasty gals, who get a pardon from the newly crowned princess.

There are both a full orchestra in the pit, under the baton of Dean Williamson, and a chorus of more than 20 singers with chorus master Rolando Salazar. This is another one where you want to stand and shout Thank You to Tomer Zvulun for the great job he has done with the Atlanta Opera.

Of course there are projected super-titles in English, even though you get the gist of the story even without them. Like the one number in Act II, when they sing how twisted stories lines get even more screwed up when you try to unwind them. Reminds one that the best asset of a good liar is a perfect memory. There are but 3 more performances at the Cobb Energy Center, November 5, 8 and 10. So get more info at AtlantaOpera.org.