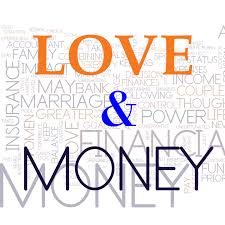 Albert Ramsdell Gurney, Jr., who usually penned his works as A. R. Gurney, created quite a few plays which often dealt with social classes and clashes, and some were set in his home town of Buffalo, NY.

In this one, we meet up with a very wealthy widow in Manhattan. She is Cornelia Cunningham (Janet Metzger) who is busy winding down her life and winding up her affairs of estate, by writing some huge checks to do good in the world. For she knows all too well how the very few of us control the very most of the money. And, considering the state of our current oligarchy, a lot of the dialogue is quite poignant.

She lives in a posh brownstone, and Theresa O’Shea is Agnes, her housekeeper and general do-everything. Things were just a normal day until a young chap named Harvey (Elliott Folds) shows up with a briefcase full of legal documents which he needs to go through with his client. She rejects his presence at first, but then things get a bit weirder when a young man from her home town of Buffalo shows up to introduce himself as her unknown grandson. Brandon Smith comes on as that young Scott Walker. He figures he was named after F. Scott Fitzgerald, who he thinks of as his mentor and maybe alter ego. There is a very obvious class distinction between Cornelia and Scott, but they start to mend fences.

Jessica (Caty Bergmark) is a student at Juilliard, to whom Cornelia has promised a player piano for the school. There is a lot of talk about money, social standings and life in general. Cornelia is at the point in life when she realizes that she used to think that she owned things, until she got to a point where she felt that things owned her; and it was time to slim down.

Directed by Paul Conroy and a superb set by Michael Hidalgo, the show is one that really scores it big-time with the AARP crowd. They understand money, aging, and WASPs in our world.