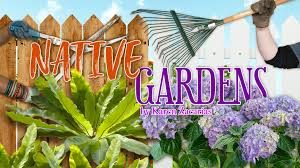 This is another play by a prolific writer, Karen Zacarías, and one you will absolutely enjoy. Directed by Daniel Jáquez, a cast of 4 perfectly cast players take the stage which any theatre fan would immediately know was designed by the sisters Curley-Clay.

We all have neighbors, and we should all want to get along with them, for we’re all human. Except for some politicians. . . . Virginia (Carolyn Cook) and Frank (Bart Hansard) have some new neighbors who’ve recently moved in. While Virginia and Frank are really into fancy flowered gardens, and have dedicated loads of time and money to theirs; it may seem that the new neighbors, Pablo Del Valle (Christian Gonzalez and his wife Tania (Fedra Ramíez-Olivares) are more into natural growth, be it a huge tree or some growths which could look like my yard which would win the worst in the neighborhood if we had such a contest.

And contests are in the wind. Frank is concerned as the local garden contest is this weekend and he wants to finish first. Pablo is concerned as he is a new member of a local law firm and wants to host a big outdoor bash on the same date. These things don’t seem to collude. And, things get more difficult when Pablo finds out that a bed of pretty flowers planted by Frank may actually be on Pablo’s land, according to the plat filed with his deed.

OK. Don’t sweat it. There are some loud exchanges when each gets in the face of the other, but all comes out right in the end, and they all get on with life. So there is a lesson to be learned; that we’re not all the same, but we’re not all quite that different. Good neighbors are good friends, and always have been.

A really nice one act show that’s a pleasure to sit through and enjoy. More info at AuroraTheatre.com