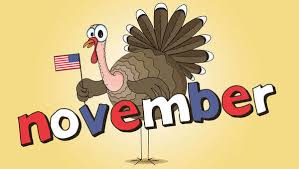 November
The Process Theatre
through October 9, 2016

You have seen films, plays or TV shows created by David Mamet. He is a prize winning playwright who may be better known for Glengarry Glen Ross than for this one. But this is one you do not want to miss.

Had more than enough of political rubbish being tossed at you 25 hours a day? Can’t wait until this current tragic comedy in real time comes to an end? Ease up, old chap. Head out to Onstage Atlanta on East Ponce; where the Process Theatre is a resident company under the direction of DeWayne Morgan.

Meet a sitting president who is running for re-election but has some problems with funding and the polls. Turkey day is coming soon after the election and he is being asked to do that silly act of pardoning one turkey from becoming the main course for Thanksgiving. Larry Davis just exudes energy as President Charles Smith. He carries on like some kind of maniac. Gee, . . . that isn’t so far from reality, is it?

His right-hand man is Archer (Adam Bailey) who is good at skewing facts, designing photo-ops, and all the other stuff that is on the daily menu for a guy like Charlie who wants to keep his comfy office. The speech writer for the boss is Bernstein (Amanda Cucher) who would just like to get on with her life and away from the insane asylum on Pennsylvania Avenue.

The two other players are Scott Rousseau, who plays the front man for the Turkey processors association, which wants every family to chomp up their offerings, and Al Dollar who shows up as Chief Grackle of some Native American tribe. They’re all trying to find a way through this maze, and it is a total laugh fest.

More info and tickets at TheProcessTheatre.org