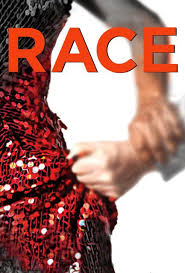 Race, by David Mamet, is an exceptional production. The plot deals with a wealthy white gent who has been accused of raping a young black woman in a hotel. The defendant, Charles Strickland, (Bob Smith) has sought counsel from a firm of two lawyers, a black lawyer, Henry Brown (Erwin Thompson), and his white partner, Jack Lawson (Zip Ramp).

Erica Dee Ragsdale plays Susan, a young black woman recently hired by the firm as an associate. The story is how we see race differences privately as opposed to publicly. This is one that makes one think, not sweat. . . .

The cards are stacked against Strickland. The DA already has sworn statements from the cops, the hotel maid, the alleged victim and others. One lawyer wants to take the case while his partner wants not to do so. It’s obvious that the reason to want the case is the big bucks from Strickland. The question of how a jury may see the events, and how they may process what they see and hear is the central point of the argument between the lawyers.

The script has plenty of typical Mamet expletives, but that’s life these days. The business of law is a business. It is not about justice nor morality and for most lawyers it never has been. I’m won’t tell you how the plot resolves itself. This is one of those scripts that as you sit and listen you can conceive of several different endings. But, you are wrong.

This production is staged in two acts, and is directed by Mia Kristin Smith and Carolyn Shepard Choe. It is a static set, and that’s because it is the spoken lines that are the grit and gist of this story. And the four actors put their ALL into it. It is really a real life drama if you read the news these days. And that says a lot about it’s content. More info and tickets at OutOfBoxTheatre.com