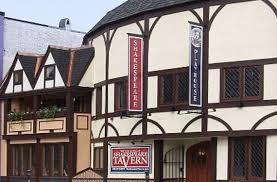 Arthur Miller’s play, The Crucible, dates from the early 1950’s, and was alleged to be based on his contempt for the McCarthy hearings. In fact, Miller was summoned to appear before the House Un-American Activities Committee in 1956 and found guilty of Contempt of Congress when he refused to name others who had attended some meetings with him. I recall when his play was staged at Wellesley College around that time, and there were some who took offense at such a terrible thing. Interesting, as McCarthyism is now seen as an idiotic attempt at mind control over the masses, employing outrageous allegations. Many in show business were black listed after such hearings. And the proof of the matter is that The Crucible has become a revered standard (no pun intended).

Back in the 1690’s they did not have any radio ro TV in Salem, Massachusetts. So, maybe burning witches at the stake may have been entertaining. For those of us from the area recall the history that the Puritans left England to become free of religious controls, so that they could inflict their own versions of the same. And they were freaked out by the idea that the Devil might contract with humans to be his workforce for the evil that men, and women, could do.

Jeff Watkins directed this extraordinarily energetic performance which runs almost 3 hours. It is a four act show, but done with but one intermission. Eighteen players engage the audience with a very convoluted tale. It’s hard to recall who was whom among the townsfolk; but you will certainly find the Reverend Parris (Drew Reeves) to be an egotistic preacher interested only in his own career. And Troy Willis plays the miserable Deputy Governor holding Court over trials of more than 40 men and women alleged to be witches and subject to being hung if found guilty.

The story involves girls and women who had a girls night out in the nearby woods, and their dancing brought on allegations of witchcraft. Then we have people lying as to who was there, who did what, and so much more. Underneath all this tapestry there is an issue of infidelity of John Proctor (Matt Nitchie) who got it on with somebody not his spouse. One must realize that in these days, what we now think of as everyday behavior of any politician, may have sent a man or woman to jail or the gallows. They had little or no sense of humor, nor of human behavior.

In fact, farmer Proctor could have saved his life after he owned up to his own misdeed, but he refused to incriminate any other person. Ergo, he got to swing badly. The play is intense, with lots of yelling and some terrific fight scenes. Not for kiddies. But certainly for those who understand the relationship twixt politics and power. Now and forever.

The New American Shakespeare Tavern is downtown on Peachtree across from Emory Hospital, where you get discounted $4 parking. Their tavern offers some pub grub and opens about 75 minutes prior to any show. They are a residential company and always do a good job. More info and tickets at ShakespeareTavern.com