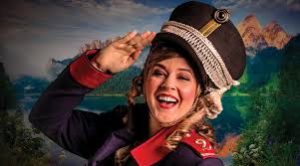 The Daughter of the Regiment
Atlanta Opera
through March 4, 2018

This is another first-class production from the Atlanta Opera performing at the Cobb Energy Center. Gaetano Donizetti put this one together in the 1800s, and when it was first performed at LaScala, and L’Opera Comique in 1840 it did not generate wild applause. It was first performed in the USA in New Orleans in 1843. The opera is titled La Fille du Régiment and is most often done in French. This was a little bit different in that while the singing is in French, most of the dialogue lines are done in English. Keeps the music flowing and reduces the need for superscript gazing. C’est la vie.

Like most operas, the story line isn’t the main attraction; it is the score, the presentation and the action on stage. But it is about a young woman who lost her parents during some alleged combat in the Tyrolean region. She is saved by the men of the French 21st Regiment, and grows up with them as the so called “daughter” of the regiment. If you like the works of Gilbert & Sullivan, you’ll sense how this work may have deeply influenced their modus operandi.

In later years she gets into some difficult times when an aristocratic woman finds her and is thought to be the aunt, although things may change in Act II, Auntie wants to have her wed to a proper peer, but she has fallen for a young chap who joined the regiment because he loves her and wants to be at her side, come what may. Seems he also was a savior in some battle. And things do work out in the end, despite some collusion not involving any Russians.

The young lady, Marie (Andriana Churchman) is just superb. She does such a great job with every number and her solfège hits are just great. The prim auntie is sung by Stephanie Blythe, and she is also another cast member who has sung with The Met.  The aunt, a/k/a the Marquise of Berkenfield is accompanied by her man-servant Hortensius, sung by Tyler Simpson.

The lover boy Tonio is sung by Santiago Ballerini who is also a concert pianist as well as fine tenor. And Shannon Eubanks, who has been seen in many plays around here, appears as the Duchess of Krakenthorp, a Trumpish type whose son, Scipion, is to be wed to Marie. That is until Sulpice (Stefano de Peppo) shows up and opens his mouth to the Marquise about some genealogical issues.

A full orchestra is in the pit, under the baton of Christopher Allen, and James Noone’s sets are indeed splendid. And our opera company has brought E. Loren Meeker to town to conduct this real winner. She’s another one of those opera members who has worked around the world. What a life it must be. Too bad I can’t sing nor dance . . .

Just a few performances are left, so try to get to see this one. More info and times and tickets are easily found at AtlantaOpera.org.