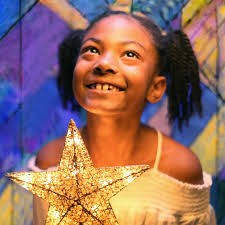 Kenny Leon jumped right in when this show opened at the Apollo a couple of years ago, and it is being staged in town at Georgia Tech’s Ferst Center. The show is a musical by Delund Duron Thompson and Jason Michael Webb that moves along a path of grief to find raison d’etre.

Jasmine Guy directs a cast of 20 players, who move through more than 30 numbers. It is set in Harlem in the 1980s, as the area starts to get gentrified. The mother lost her first child, named Noel, on Christmas some 8 years prior to the tijme of the show. She had since given birth to a younger daughter, also named Noel. Her persistent grief has caused tons of stress in her family as she avoids any sort of Christmas festivities in her home.

In fact, the home is now up for sale as it may be worth more than $2,000,000 since it is a multistory brownstone in the best area of Harlem. There is even stress between the mother and her sister and mother, based on one’s career overseas and having missed the funeral of the first Noel.

The show has spirits of the past visiting, and sometimes may get a wee bit confusing; but all comes as right as it could be, in the end. The Ferst Center is easy to get to with plenty of parking, comfy seating and good view from any seat. But, just be warned that if you travel by car, rather than sled, it could take a while to wind your way through the intown jam-ups, as the curtain is 7:30.