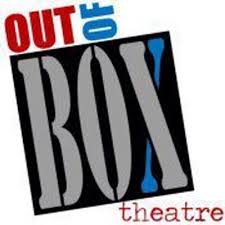 This is another one of their more serious productions, staged in the round, with a minimalistic set and very few props. The play, by Scott Z. Burns has enjoyed mixed reviews. It is not one for children, or for those who may have had to deal with treachery or PTSD situations.

It seems to be drawn from the various school murders which have taken place in the last decade. Maybe you recall the days when there were no security guards needed and no metal detectors at each entry. No more. It is now a different world.

A young man had entered the school and shot up a bunch of students. He knew there were some hiding and one of the students may have given him a clue as to their whereabouts. We meet Caitlin (Lauren Gabriel) who is just lying supinely on a table, as if it were a hospital bed. She’s been shot. But, worse than that, she’s also been blamed as the one who allegedly ratted out the hiding place of some others who were then victimized.

Her dad (Jeffrey Bigger) may not have a Norman Rockwell sort of relationship with her mother (Stacy King), but he shows up and he cares and he wants what is right for her. This girl is going through hell, and although she knows the truth, and truth would free her, it doesn’t always work quite that way.

Emily Tyrybon comers on as Dawn Sheridan, a destroyed mother whose son has been killed in the attack. She seeks to find solace, and in the process she is approached by a publisher (A. Julian Verner) who wants to break the story while it is still hot, and can provide substantial incentives. There’s also a local newscaster (Stephen DeVillers) who is bugging her to talk with him, albeit the detective (Mary Saville) in charge of the investigation wants the tone down any more exposure.

The catch line for this work is The truth doesn’t always set you free. and while that may be true, it doesn’t necessarily mean that this will inspire you to want to experience it again and again. The actors do a very creditable job, under the direction of Zip Rampy. But, the jury is still out on this one as to whether or not it really has legs.

Out of Box is on Cobb Parkway a little south of The Big Chicken, and you can get full info and tickets at OutOfBoxTheatre.com