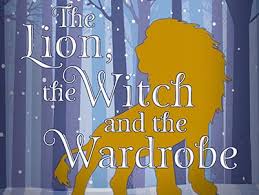 The Lion, the Witch and the Wardrobe
Alliance Theatre
through March 20, 2016

Rosemary Newcott has brought together a terrific cast for this play, derived from C. S. Lewis’ 1950 book of the same name. It is a show about delving into the world of Narnia by going through the wardrobe holding a lot of fur coats, which turn out to be creatures of that other world.

Kat Conley created an impressive set for this one. The show has an early curtain time, and a short running time of about an hour. Why? Because it is one for the youngsters and that is what is so wonderful about this. Wonderful because while it is a kid’s show, it is performed by highly professional adult actors, with first class sets, props and costumes; ergo it is a help to get children started into enjoying real theatre. It brought me back to the days of my youth when I had to wear a suit and tie to go with my parents to a show. I was hooked then, and not by somebody named Smee.

Tess Malis Kincaid is the White Witch, and she rules the turf. You do it her way, or hit the highway. Alexandra Ficken sneaks through the Wardrobe into Narnia as Lucy. She’s quite impressed and becomes the inspiration for her brothers and sister to sneak in behind her on a visit.

They all meet up with the huge Lion (Enoch King) who turns out to be a nice feline, as he doesn’t seek to see those humans decimated. Although one does meet his fate, the show is just fine for the kiddies, and the older folks in the house actually enjoy the show because of the way in which it is staged and brought to life, including some neat moves and choreography by Jen MacQueen.

The show runs Saturdays and Sundays, so nobody needs to stay up late on a school night, and you can get times and tickets easily at AllianceTheatre.org