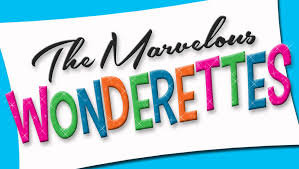 Come back to the 1950s and 1960s when the high school prom was a huge event. The boys glee club at Springfield High School was supposed to perform, but one of them got suspended to smoking something.

So the four girls who called themselves the Wonderettes stepped up to the plate. It is sort of a cabaret performance of oldies such as Mr. Sandman, Stupid Cupid, It’s My Party, Leader of the Pack and 20 more numbers. A bit like the Sweet Adelines, but with music and dancing, and with a lot of humorous tensions between the gals, and great harmony.

Act one is all about the 1950’s, then in Act two these four ladies are asked to reprise their act and they do so with numbers of the 60’s. The four singers are Collean Cooke, Chelcy Cutwright, Meaghan Gallagher Paetkau and S. Watkins. Elizabeth Weaver directed the show and it moves along very smoothly.

The theatre is located just behind the Theatre in the Square. The actual address is 12 Powder Springs Rd, and the entrance is by a dumpster in the alley. It’s easy to get to, but you may wish to be cautious as to where you park, as some neighbors have mental issues. More info is at MariettaTheatre.com