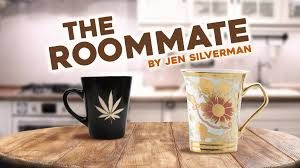 The Roommate
Aurora Theatre
through October 20, 2019

Jen Silverman wrote this one about a couple of women of so-called middle age, who aren’t the usual eye candy for some shows. The cast consists of Terry Burrell playing Sharon, an ex-wife and mother living alone somewhere in the boonies of Iowa. And she takes in a roomie named Robyn, played by Megan McFarland who may not always seem to be what one might expect from a native of the Bronx.

David Koté directs the show on another fine set by Isabel & Moriah Curley-Clay. One of the women is lesbian, one of the women is a retired con artist, one of them has multiple personalities, while one of them seems to have none. One is holding back while the other is overly inquisitive. And one of them is even vegan in Iowa, albeit that might be considered a felony there.

As each delves into the world of the other, some changes start to take place, and each finds that who and what they may have been, and may be known to be; doesn’t set in stone what they might morph into as time goes on,

Each of the actors dives deeply into the character she is playing and you keep wondering how things may work out. But what you expect doesn’t mean that is what may occur. For, as we’re told; life is what happens while you wait for your plans to work out.

The show is on the main stage and is one cat, running about an hour and 45 minutes. Aurora is easy to get to with plenty of free garage parking. More info at AuroraTheatre.com