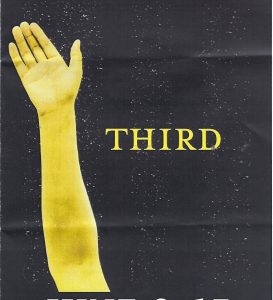 Come back about 15 years, when we went to war with Iraq, and there was almost as much political unrest as we experience today. Wendy Wasserstein’s play is set in an Ivy League type of college in Massachusetts.  Professor Laurie Jameson (Mary Claire Klooster) is drowning her students in analysis and interpretation of King Lear.

One of her students is Woodson Bull, III (Michael Sanders) who prefers to go by Third as opposed to Woody or some other name. He’s caught up in a fix because there is to be a filming of some special from the BBC on a day when he is supposed to be in the ring as a wrestler. What’s to come first? Athletics or academics?

He’s supposed to write an essay on Lear, and when he delivers it up, the professor suspects plagiarism, and sends him to a review committee. Third goes through a lot of life changes, as does the professor.

A colleague, professor Nancy Gordon (Mia Kristin Smith), also has some issues both with her health and the school environment. Are we dealing with just students, or with the privileged elite heirs of hoity-toity families? It might make you think of Yale with some who became presidents and you wonder how . . .

Some of Laurie’s problems are also her daughter, Emile (Emily Styron) who wants her own life, and her father Jack (Rial Ellsworth) who has lost most of his marbles and lives with Laurie.

As the scenes progress we are compelled to reflect on issues of how we see others, as well as how we relate to others. After all, most of us have families, and we know how that can work out.

Zip Rampy directs this well done play, and the theatre is easy to get to on Cobb Parkway south of The Big Chicken. More info at their website, OutOfBoxTheatre.com