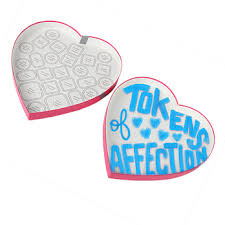 Tokens of Affection
Out of Box Theatre
through March 30, 2019

This is a show where everything comes together perfectly. Topher Payne’s Tokens of Affection, is a laugh riot; especially if you thought that your own family was the only dysfunctional one.

Then come to meet the Garretts. Charlie (Matthew Busch) is the son who lives in lower Manhattan and works from home designing computer animated gaming. His sister, Claire (Emily Sams Brown), is up in Connecticut playing housewife to her hubby, Bruce (Daniel Carter Brown). Their father, Frank (Bob Smith), shows up unexpectedly and you have the start of a riotous confusion akin to putting your lives in the blender and then having somebody turn the power on when you least expect it.

Mary Claire Klooster plays their testy mother, Jackie; and Emily Kalat is Charlie’s neighbor, the single woman Rita.  No matter what anybody says, every attempt to skew the facts seems to backfire. If you were a fan of Jerry Stiller and Anne Meara you will certainly love this play.

The set designed by Carolyn Choe works perfectly in a Moliere style. It works very well even if Charlie’s ceiling fan or stove may not do so.

Zip Rampy directed the production and I really thought he knew the real Jackie. She’s must have been my daughter-in-law’s mother.

This is one that some day should go to film, it’s that funny. For tickets and more info visit OutOfBoxTheatre.com