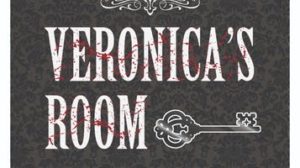 Just in time for All Hallows’ Eve a really weird and mysterious play is brought to stage where we have a cast of four who are initially identified only as Woman (Frankie Ware), man (Paul Spadafora), Young Man (Jon Vertullo) and Girl (Savannah Jones).

Played on a set by Angela Short and directed by DeWayne Morgan, the story starts out when the Girl is recruited to pose as the deceased Victoria and all is set in Victoria’s preserved room. The folks are from the factory town of Walpole, Massachusetts, and is VERY convoluted; for nobody ever seems to be who, or what, the may pose as.

The time is 1973, but a sister, Cissie, who we never meet, is off her rocker and believes it to be 1935. She is frozen in time, from witnessing a crime she can’t erase from her mind, and which you will learn about as the tale unfolds. The three players who collude with one another are as evil as any you would find in a Hitchcock saga.

The show runs less than 2 hours with an intermission. And while you will make some presumptions as to who is whom, and what is going on; I can predict that you will be wrong. It probably is not for the kiddies as they won’t get into the Psycho stuff, and some folks may repel a bit when all hell breaks loose in the final few minutes of the show. But, it is very well staged and played, and audiences are loving it.

Easy to get to, free parking, concession stand goodies, and more info and tickets found at OnstageAtlanta.com