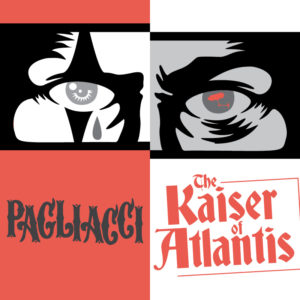 The Atlanta Opera
LIVE in the tent !!!

The Atlanta Opera is hitting the stage with two works, totally unlike any presentations you have seen before. Like most of us, they ache from losing interaction with their audiences, just as we yearn to see performers live, not just on screen. The Opera has spared nothing to not only make certain that they could meet their top grade performance criteria, but also to insure and protect the safety of everybody working with them, or attending a performance.

The Big Top erected on a playing field at Oglethorpe seats you safely in pods of four seats. You will not be seated with folks you do not know as the pods a sold only as a group of 4, and all must show up to pass the security screening and enter at the same time. You are seated more than 6 feet from any other folks, and you don’t mingle at an intermission or concession stand. You can bring a beverage, and all performances are done without an intermission. Just go to their website at AtlantaOpera.org and you will see full information about each performance and the rules which will be followed.

This is not your grandmother’s presentation. The performers will take to a temporary stage in the tent, and they’ll be wearing masks; even the clowns who are juggling or walking on stilts. The orchestra is not in the pit, but in a tent at the rear of the stage.
And sometimes a performer will be singing from inside a plastic cube about that fully separates him/her from any other performer. But, as The Bard would opine, the show’s the thing and you have to salute them for all they have accomplished.

The two shows running in repertory are Pagliacci, and Der Kaiser von Atlantis. These are both small cast shows, for obvious reasons, and while some characters get offed, as usual in operas; there is plenty of eye-candy provided by the comedic mimes who dance, juggle and stilt walk in both shows. The story in Pagliacci is one of the usual relationship problems and how the players may react to them. Two of the lovers wind up getting whacked in the end of Pagliacci; while the story of that crazy Kaiser relates to an emperor who would kill all, spare none. Not even himself in the end. This one is a rarely staged opus which may have some serious feelings arise in some viewers. It was written in 1943 in a concentration camp, and the Emperor Overall wants to kill all, except when he decides that his soldiers should live forever, ergo keep killing. It was first staged until 1975 and if you lived through those years and have been to one of the holocaust museums you may draw the connection immediately from the wall of shoes which confronts you stage center.

Bottom line is that it took some cajones to put these together as they have done, and they have done so with great aplomb. Pagliacci will hit the boards on 7 more dates between October 28 and November 13; while Der Kaiser will play 8 more times twixt October 25 and November 14. You can get full info at the Opera website with all details such as parking, health screening, etc.

And, they also will present a one-nighter, music of Kurt Weill in Mack the Knife on October 27. All performances start at 7:30 but get there early and keep your distance.
So we all stand together and want to yell out THANK YOU, ATLANTA OPERA !!!!