If you missed their shows at Cobb Energy Center then you missed one of the most enticing performance by five incredible performers. Based out of the UK, the group has toured the world and wowed audiences every time.

The pair of illusionists, Young and Strange work their magic before your very eyes, believe it or not. And Alex McAleer is one incredible mind reader. We were all scanning for possible shills but nothing there. You leave the show wondering how the H they pull off stuff like that.

If you think they are like some of the cast you’ve see in Cirque du Soleil, then you’ll enjoy Hollie England who had been with them, and with other balletic companies. And if you recall the days of Harry Houdini, then you will get blown away by the fully exposed under-water escape performed by Fernando Valesco.

Alas, they came to town, did their show and hit the road for Indiana for their next tour stop. But, if they ever come back here you MUST get tickets. It is akin to hitting the big time in Vegas, and saving the airline fares to get there. Website with more info at championsofmagic.co.uk

Let’s start by advising that this is NOT your grandmother’s version of Dicken’s tale. For you’ll not find Scrooge (Andrew Benator) in bed with the dead Marley (Matthew Morris) and the ghosts of Past, Present and Future trying to get that Scrooge to understand the meanings of social relationships. Poor Mr. Cratchit (Christopher Hampton) is being imposed on, as usual, to get some work done on that silly holiday. But he does have a youngster, Tiny Tim (Emberlynn Wood) who is important to his family despite hisdisabilities.

Leora Morris directs this adaptation, which although it is quite different is predicated upon the same grumpy old geezer and his set of values vs. real life. Some of it makes one think that with the news of these days, that this could be real people, even though we don’t have debtors’ prisons.

The show runs about 2.5 hours with an intermission, and is very well staged and performed, as usual at The Alliance. And while the Dickens story os being told by several theatres, this one is totally unique. So get your info and tickets at AllianceTheatre.org and plan to go after you gobble up your turkey…. 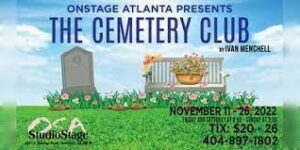 We’re in the Forest Hills section of Queens, and we meet three Jewish widows, who are trying to find their way through those not so golden years. Each month they go to visit their husbands’ graves, which are all in the same cemetery.

Doris (Shelley Barnett), Lucille (Bobby Elzey) and Ida (Lory Cox) are ladies that everyone in the audience knows. One of them is impressed with her own appearance, another with buying at the lowest price, and one with suspicion of any man who looks at any of them, etc.

The man who starts the action is Sam (Rod Lindsey) the butcher, who shows up at the cemetery to visit his wife’s grave and starts to get into it with Ida. The other two BFFs put the anchor on that one, though. Then there is a woman we never meet, who is about to be married for the Nth time, and the three ladies are to be her Maids of Honor. She claims to always ask three different women each time she weds.

The agent provocateur shows up as Mildred (Bernice Cohen) who they all know; but didn’t expect to be sharing a car ride or an evening with her as Sam’s eye-candy and date.

There used to be huge posters in the NYC subways promoting Levy’s bagels which said You Don’t Have to be Jewish to Enjoy Levy’s.   I recall one of them with a picture of a Native American Indian munching out. Well, the same is true about Ivan Menchell’s play. There may be a few Yiddish words, but you know where they’re going. It’s kind of the Golden Girls on stage.

The show is directed by Abra Thurmond on an easily workable stage, and everybody enjoys the show; especially if they are AARP members. OnStage Atlanta, has free parking, and you can download more info and tickets at OnStageAtlanta.com 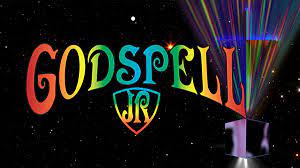 This is a production by the young folks from the City Springs Theatre Conservatory, and it is a very high energy 75 minutes in one act. You will be blown away by 30 of the students directed by Haden Rider. Tsumari Patterson and James Wood are the two leads and they are backed up by 28 more in the Ensemble.

What it tells you as they work through the 10 numbers, is that we have some really talented young folks in our community many of whom may wind up onstage in coming years. So, if you see another offering by this group, be sure to think about attending.

The parking was free for this one, but you might need a psychiatrist to help you get out of the garage there, and for seating, try to get yours on the risers; which while further back in the small house are much better views. 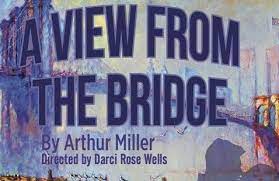 A View from the Bridge
Lionheart Theatre
through November 20, 2022

Step back to the 1950’s in Brooklyn when there were many immigrants, some of whom were being smuggled in as longshoremen. It might remind one of some past generations when if somebody was not of your ethic group, they weren’t as warmly welcomed.

Marco (James Cogwell) and Rodolpho (JD Dyess) have come to stay a while at the home of Eddie Carbone(Michael Miller) and his wife Beatrice (Gaby Naylor) and niece Catherine (Alex Self). Rodolpho and Cathy become interested in each other, and maybe because he can sing, dance, sew and cook, Eddie decides that “he is not right.” You won’t hear words like gay, homo, or others; but you will get the inexplicit message from the author.

And, if you have a family that is not always on the same page in the book of life, you certainly will get the message from the memories. Directed by Darci Rose Wells, it is a VERY well staged production in this theatre just off Norcross Square. And, don’t eat too any sweets before attending as they want to surprise you with wonderful treats at intermission. They show goes on at 7:30 on Friday and Saturday and 2pm on Sundays. More info and tickets at LionTheatre.org. 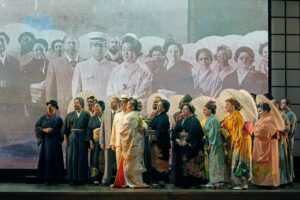 Director Tomer Zvulun has brought the poor geisha girl back to town with the Atlanta Opera’s production of Puccini’s Madama Butterfly. Puccini based this tragedy on a story that had been published some years before, and was also probably enamored of Romeo and Juliet.

It was not well received when it premiered at La Scala in Milan in 1904; but it was reworked several times and with good voices, sets, costumes and one of opera’s most beloved arias, Un bel di (One beautiful day) it became, and remains, one of the top standards.

The set recalls the one used 8 years ago and while there are few props, it comes off as not being at all static. The background of what is the house in the hills of Nagasaki in which Lt. Pinkerton and Cio-Cio San (Madama Butterfly) are to live is like a large 5-panel shoji screen. But when the center panels are moved aside there is a projection screen behind them onto which some terrific graphics are shown. Especially in the final scenes when Butterfly goes to spread flowers all over the house to welcome home her husband, and Pinkerton’s ship is in the harbor.

While Butterfly is one of those who believes that all will come out well in the end, that isn’t the case here. In the event that you do not recall the story, far be it from me to tell you how it develops. The story moves a bit slowly, even though this is a 2-act version and not the original 3 acts. And, Puccini probably would have given his right arm to have the special effects that help to move this one along.

Butterfly is sung by Yasko Sato, a young soprano who has worked in many opera companies around the world, and has a lovely voice. Gianluca Terranova plays Pinkerton, and the maid, Suzuki is sung by Nina Yoshida Nelson. The orchestra is under the baton of Timothy Myers amd it’s a really good production, enjoyed by all, even if not first-timers. They are presenting at Cobb Energy Center and more info, time and tickets are at AtlantaOpera.org