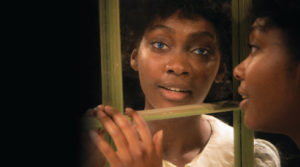 Synchronicity themes their work as smart, gutsy and bold; and they don’t shrink back from any topic. This play was crafted by Lydia R. Diamond from the work of the same name by the internationally recognized, and award winning, Toni Morrison.

Ibi Owolabi directs a really fine cast of players who deal with segregation and racial discrimination in 1941 in a small town in Ohio. Some of the girls in the town could be the black versions of the Heathers; as they deal with Pecola Breedlove (Niara Simone Robinson) who wishes she had blue eyes and that it would change everything in her life. But like real life these days, things don’t always work out as we might wish.

This is a gutsy presentation based on a book that was often banned from schools because there are issues of infidelity, sexual abuse and some other unacceptable behavior; ergo not for the kiddies.

Synchronicity plays midtown and follows all appropriate Covid protocols, so bring your CDC vaccination card and your face mask. Discount parking passes are available at the will call desk. More info and tickets available at SyncroTheatre.com. 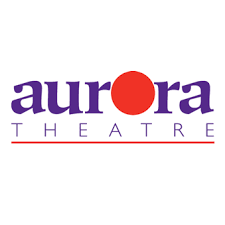 With all the “stuff” we’re dealing with on a daily basis, it’s a great sigh of relief we can have when an organization like the Aurora Theatre plays on; and I really mean that they are doing so with big bands.

You need to check them out as many of these gigs are a one-nighter, and if you snooze you lose. In the past two weekends they presented a big Atlanta Latino Band and the following week they hosted the 3d Stream Big Band which blew the house down also.

Some of their upcoming events include a comedy night, Church Mice, on October 8th, and then on the 16th they will host I Feel Good, a tribute to James Brown. So grab a bite, hit the road and enjoy a couple of hours without the news reports.

Plenty of free parking, good seats, good views and good shows. What else do you need??? More info at AuroraTheatre.com 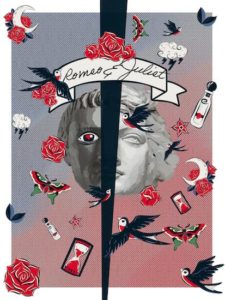 The Stage Door Players in Dunwoody are bringing the story of these ill-fated lovers to the stage in a manner that you’ve not seen before. Romeo (Josh Brelsford) and Juliet (Libby Williams) get stuck in the middle of the feuding families of Capulets and Montagues, You know how the tale ends.

But this is unique in that it is played upon a very stark stage and with players dressed in garbs of current times. The cast of ten players are under the direction of Willie E. Jones, III, and they exert a powerful performance.

It makes one think how the peasants of olden days could enjoy the shows by standing throughout the performance while only the peers had actual seats. And in olden days only men would trod the boards, and it was quite a while before a woman could come on as a woman. But, you’ll get a kick out of this one where gender and race have no roles to play; for the play’s the thing and they all carry on.

Normal Covid protocols are being followed and the venue has free parking and easy view from every seat in the house. And yes, the concession stand is open. All Hail!
More info and tickets at StageDoorTheatreGA.org

This rock musical is being staged as a co-production with Oglethorpe University and being presented at the Conant Performing Arts Center. Be forewarned that this is NOT your grandmother’s musical, nor one for the kiddies who have yet to figure out what WTF means.

Directed by Freddie Ashley with a cast of 27 players, the show belts out 26 high energy numbers, some of which are in chorus while some are one or two characters digging into their inner selves, as they go through life in an Ohio high school. It’s 1980s, and the girls are learning how they can use their talents to get everything they want. Three of them are each named Heather and they are like an elite clan. A lot of the story relates to a loser named Victoria who wants to move up the social scale but does some inappropriate acts, some of which result in disasters.

For this is a black comedy that deal with drinking, dating, suicides, murders, bullying, homophobia, and sexuality. As such, it certainly isn’t for Ms. Prim or the Bible Thumpers. The set is Broadway quality and a live band is offstage under the baton of Alli Lingenfelter. But, the score isn’t the kind you leave the theatre humming, nor recalling the precise words; as it is like an Opera Noir where the story is moved mainly by the numbers.

Regardless of some concerns, it remains a favorite of many folks, and the Conant is a very easy venue to get to with free parking and good seats each with a good view. Know that you will have to show your CDC cards and wear your mask when in the facility; but that’s just the world we’re living in these days.