For some of us old-timers, it may be hard to conceive that Andrew Lloyd Webber created this one. It isn’t a Cats or Phantom, and unless you can just keep singing Stick It to the Man, you aren’t going to leave the theater humming the tunes. This is quite different, in that it is all about kids and rock music. If rock isn’t your genre, you may be a bit concerned in the opening scenes; but hang in as things get much better as the story develops.

If you have seen the film or know the story, it’s about a rock musician whose career has yet to take off, and how he grabs a strange opportunity to make something of, and for, himself at a posh prep school. And that is where the real action takes place, as he turns those bored kids into a rock group that rocks the town.

Merritt David Janes is on stage throughout the play as Dewey, the rock loser. He carries the load of keeping things on the track as he is onstage with a dozen young players, who are actually hitting the keys and strumming the tunes they work through; even though an orchestra is in the pit to fill in other music. They work through 20 scenes and quite a few numbers, and energy may be what it is all about.

It does bring to mind why so many actors never like to share the stage with animals or kids. These youngsters are an incredible delight, and the audience goes ape for them as they win a big competition in the final scene.

So, knowing it isn’t all a sing-along type of show, it is one that youngsters and oldsters with a love of rock will thoroughly enjoy. And even if you aren’t a rock fan, you can enjoy the story as all comes out well in the end. More info at FoxTheatre.org 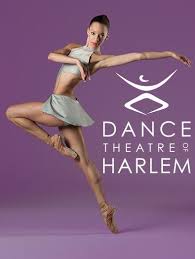 Great thanks must go out to our Atlanta Ballet for helping to bring the Dance Theatre of Harlem back for some spectacular perfomanances here. Sad to say that the dancer who started the company, Arthur Mitchell, passed away just last month, after a career of more than 50 years in ballet. And this is a celebration of his work, as well as of the 50th year for the Dance Theatre of Harlem.

Virginia Johnson directs with a dance company of 17 who worked through some exciting numbers on Saturday evening and again at their Sunday matinee. On Saturday they opened with the ballet New Bach, which is danced to Bach’s violin concerto in A minor. The whole company takes part in the three movements. After a short break they presented Gustav Mahler’s Adagietto No. 5 featuring Yinet Fernandez, Anthony V. Spaulding, II, and Anthony Santos in a captivating number for the trio of dancers.

A different type of number then came on the stage as Change, which had it’s world premier just two years ago. It is three women who are determined to help change the way things were and/or are. Amanda Smith, Daphne Lee and Ingrid Silva dance to the music; and upstage the Spelman College Glee Club of more than 30 members sings some traditional music that further enhances the performance and the social issues therein.

The final number, Vessels, was premiered just 4 years ago and takes one through what may be a circle of life in the four movements of Light, Belief, Love and Abundance. The first three movements feature fewer than 6 dancers, while the final movement brings the entire company to stage.

Alas, the engagement here was a short one; but truly excited and pleased every person in the audience. If you see them coming back in the future, this is one you will not want to miss. More info at DanceTheatreOfHarlem.org 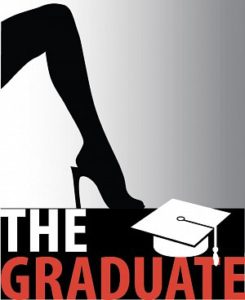 The Graduate
Act3 Playhouse
through October 28, 2018

If you saw the film where Anne Bancroft seduces Dustin Hoffman, then you will really dig the play, and want to sing along with Simon & Garfunkel’s tune. Act3 has redesigned their stage and it is working quite well.

Caveat: this is NOT for kiddies or Ms. Prim, as it contains what we now refer to as “adult themes.” Benjamin (Aaron Hancock) is a young man just out of college and his parents, played by Paul Spadafora and Gisele Frame, are throwing him a party where their friends are most of the guests. One problem is that Ben is not at all interested in the affair, and as the plot develops a somewhat different affair comes into play.

Johnna Barrett Mitchell is Mrs. Robinson, who is both a cheater and a cougar . Her hubby is played by Stephen DeVillers and they provide a lot of the angst and augments, once their daughter, Elaine (Madelayne Shammas), is drawn into the action by parents of both her and Benjamin. So here is a story where anything that could go wrong, seems to do so, but all comes out OK in the end.

The show is staged in many scenes and directed by Michelle Davis and the cast also includes Paul Danner, Angel Escobedo, Kelly Moore and Julie Ferguson in supporting roles. The running time is about 2hours, with one intermission. And, this small local theater is located behind the Trader Joe’s on Roswell Road in Sandy Springs. East to get to, plenty of free parking, and all seats have a good view of the stage. More info at Act3Productions.org 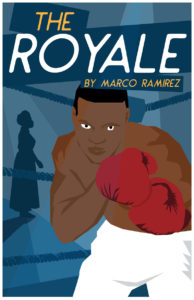 The Royale
Theatrical Outfit
through November 4, 2018

It was back around the early 1900’s when a black fighter, Jack Johnson a/k/a the Galveston Giant became the first black man to become the world heavyweight champion. It was during the bad old days when a black person couldn’t stay in many hotels, dine in many restaurants, or even sit in the same waiting rooms at the bus station. And, if he were to drive across a State line with a white woman, it was a serious offense and he could be sent to prison.

Marco Ramirez based this work upon the life of that fighter. In the play he is Jay Jackson (Garrett Turner) and much of the story shows him sparring or fighting with Fish (Marlon Andrew Burnley). The set is a sparse setting made to resemble a fighting ring, and the fighting is created by Yahya McClain and is a work of art.

Jay has a manager, Max (Brian Kurlander), who wants his man to get to the top, and to do so, wants to set up the Fight of the Century against the existing, but retired, world champion. His trainer, Wynton (Rob Cleveland), is pretty sure his man can do it, but not sure what the social outcome may be.

But, Jay’s sister, Nina (Cynthia D. Barker) comes to town to try to dissuade Jay from this endeavor, on the fear of social uprisings should he prevail. In fact just that day several guys had been stopped at the door by Security as they were bearing guns. And, in fact, when the real fight had taken place in 1908 and Johnson won, riotous reactions occurred in many cities. Jim Crow was not really dead and buried and some of it lived on into the 195