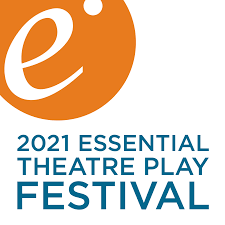 The Essential Theatre Play Festival brings to stage award winning new works by local playwrights. Although there are but a few days left, you can still find seats to see either of this years winners.

Raising the Dead is by Erin K. Considine and will be on stage only on the 19th. It is a saga about two middle-aged women who are neighbors in some area around New Orleans. One of them, Harlowe, (Ellen McQueen), is a woman who has been through many years of angst and abuse and is ready to call it quits. She is ready to just write off her husband and kids, one of whom is in jail; and hit the road for someplace where she can rediscover and rebuild herself.

Her neighbor, Myra (Laurie Beasley), is an aging spinster with not much life. She has been through the quarantine days and some days doesn’t even leave her house. While Harlowe is highly vocal and always ready to duke it out to the finish; Myra is usually ready to accept whatever it may be and go back in the house, which may be her form of self-induced psychotherapy.

The show runs about 90 minutes without intermission, and it is a high energy job where both of the actors can remember all the lines, while most of us can’t recall our former straeet addresses. The co-founder of the Essential Theatre, Peter Hardy, has co-directed this one with Ellen McQueen; and it is a really good production, albeit it may be hard to swallow some of the aspects of it.

The other show they will stage is Calming the Man, which will stage only on November 20 and 21. This is a show written by Anthony Lamarr White, and starring Sundiata Rush as Daddyo, who has lived his life through the miserable days of racism, and the scars that have been left still bleed within him on a daily basis. The cast also includes John Doyle, Jr., Anthony Nash and Kourage Cooper; and Brenda Porter is director. Be warned that you will also experience some nervous moments when there violence and/or gunfire take place.

These shows are presented at the Fulton County West End Performing Arts Center on Ralph David Abernathy Blvd. It’s an easy venue to get to and all seats have good views. More info and tickets ast EssentialTheatre.com