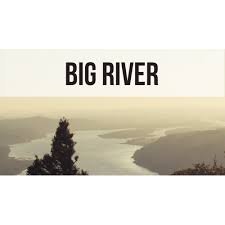 Big River
Marietta’s New Theatre in the Square
through July 10, 2016

The musical with a book by William Hauptman adapted from Mark Twain’s works, made it to Broadway in 1985 with music and lyrics by Roger Miller.
It enjoyed a run of more than 1,000 performances and scored many Tony’s, including Best Musical, Book, Score and Lead Actor. I may be jaded, but thought it might have been a slower year than when Cats, Les Miz and Annie hit the boards; and Phantom didn’t come on until the next season.

Like Porgy, the story is set in the South during the bad old days. But it also has some of the P.T.Barnum sort of schtick in Act II, as well as some great song and dance numbers. What was most impressive about this performance is how this new theatre company, under the direction of Emil Thomas brought everything together in a manner that totally satiated the audience.

This young man, who is the Artistic Director, has done some terrific work and brought together a cast of 27 players, under the direction of Laura Beth Tanner. The costuming and choreography is spot-on. The fight scenes and prat falls work fine, and the canned music is synched well. Huck is played by Jake Pearce and his black raft-buddy, Jim, is LaMichael Hendrix. Alan Phelps plays the sotted father of Huck.

The story line is basically everybody trying to get on in life, and get away from a life that sucks to one where the sun often shines. I don’t know if Samuel Clemens actually addressed the issue of rafting against the tide in his books.

The score isn’t one that you may leave humming, but it works to tie the issues together. My favorite is when the young fool sings Arkansas. Carson Shearer is the fool and his presentation is just splendid. The two con artists are played by Andrew Berardi and Nathan McCurry, and they promote the townies into paying to see the Royal Nonesuch with one boob and one eye.

It was such a loss when the former theatre company had to close down 4 years ago, and it is so good to see such an energetic young company starting up in the same facility. It makes you truly appreciate all the work which goes into staging such a production for only 8 performances. The next show will be Hamlet, coming in September and directed by Emil Thomas. For more info and tickets to Big River, visit their website at TheatreInTheSquare.net