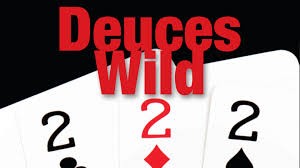 The Georgia Symphony Orchestra brought down the house Saturday night at the Marietta Performing Arts Center. The concert was named Deuces Wild because each piece was a No. 2 by the composer, and it also happened to be the introduction of the second of three candidates for the position of new Conductor for the GSO.

Timothy Verville came to town from Arizona to conduct the concert. He’s a Boston Conservatory alumnus with very extensive work around the world. He’s one of those folks with a baton who also knows how to work the house, and is very engaging.

The first of three deuces was Danzón No. 2 by Mexican composer, Arturo Márquez. This work of his, created in 1994 is a great delight. It’s a mix of Mexican and Cuban melodies and really gets your blood flowing. The second of the three deuces was Beethoven’s Piano Concerto No. 2 with pianist Alexander Schimpf at the keyboard. Mr. Schimpf is a German pianist who has won many awards, albeit he may not be that well known to most of us. But that will change. He’s one of those who attacks the keys in the manner that Artur Rubenstein would have been proud of. He’s even coifed in a similar fashion. The audience truly enjoyed this piece.

The third of the deuces was Tchaikovsky’s Symphony No. 2. This is one of his typical works and the fourth movement, which is very lively and bombastic in part was a really Grand Finale.

Let’s hope we get to see both Maestro Verville and Alexander Schimpf again. Or, check out their websites and see their videos in Utube. You can always find full into for the GSO at GeorgiaSymphony.org. And . . . if you dig classic jazz, then mark your calendar for Sam Skelton and the GSO Jazz group at the Strand Theatre on the Square. They play the music of Billy Strayhorn in concert there on March 2d. Another deuce ???