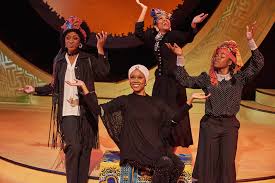 Eunice Waymon was born in North Carolina in 1933.   She was part of a large family with a daily interest in music and singing.  At a very early age, she became quite versatile on the keyboards, particularly with standard classical works.

But, these were difficult times for Black musicians.  They were presumed to all be jazz players, and doing the boogie dances.  Eunice didn’t want to just be a typical lower class housewife.  She had her dreams; and her dreams took her to activities and places that nobody could have thought possible in her younger years.

Her first success, as it were, was playing piano in some bars.  But, to become a singer-player, and not cause some serious damage to her family; she adopted a stage name; and we knew her as Nina Simone.

Life wasn’t easy for Nina.  She had several marriages and more relationships outside thereof.  She was out front regarding women’s rights, the equality of Blacks, and Black performers, and didn’t fall short of expressing her anti-government feelings.  Uncle Sam wasn’t that keen for her; especially after her husband-manager cooked the books and she wound up owing the IRS a fortune in unpaid taxes.

She had flown the coop to the Caribbean, but some time later returned to the USA, only to hit the road again later on to Paris.  In the last quarter of the 19th century and first quarter of the 20th, Paris was the place that many Black artists of all types sought out.  It was their hood.  She died in 2003 in France at age 70.

In this play directed and choreographed by Patdro Harris, the story of Nina Simone’s life is related by four Ninas, who pull it off with great talent and energy.  Chelsea Reynolds, Chani Maisonet, Tina Fears and Marliss Amiea come and go as Nina and each of them is really great.   They run through more than 30 numbers which Nina had sung, and are backed up onstage by Chika Kaba Ma’atunde, and Ramon Pooser and Otis Gould.

They’re playing to very full houses, and their audiences are really getting into it, as they belt out the numbers.  The show closes next week, so you may wish to visit their website for more info and tickets.  TheatricalOutfit.org

Location is downtown on Luckie Street, and they have discount parking tickets for the adjacent garage.  It’s a high energy show running a little more than 2 hours.