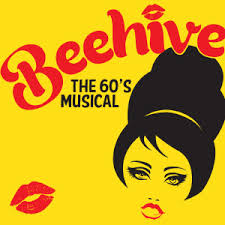 It was the 1960’s and female singers were taking the stage and rocking the house with songs that had all the young folks joining in. This is a tribute to the classic tunes of the era, and the women who brought them to light. There’s no plot, as it is more of a cabaret show; and it is staged in the black box studio theatre which is at the back of Theatre in the Square in Marietta.

Six brassy gals run through more than 40 numbers, some in clips and most in full. Allison Dixon, Jamie Wood Katz, Lisa Manuli, Chimere Scott, Xyline Stamper and Kayce Grogan-Wallace have the beehive hairdos of the era, the sequined gowns, and the energy of a bunch of people at Woodstock.

So, if you didn’t get there in 1969, you can still feel as if you shared the pleasures. With a five member band just off stage every number is live in every aspect. Choreographer Ricardo Aponte directed and Paul Tate is on the keyboard and directs the band.

I saw the older folks really enjoying it, but one of the fascinating sights was a little girl who might have been 3 years old, who wound up keeping time and dancing with one of the performers in the curtain calls.

This facility is easy to get to with free parking after 7pm on the local streets and other open parking areas. It is an unique show that you just have to R-e-s-p-e-c-t. You will really feel as if It’s Your Party. More info is online at AtlantaLyric.com