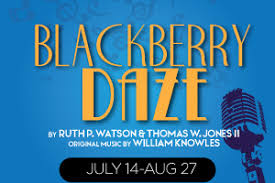 We are soooo fortunate in our area to have so many local theatre companies working so hard to add to our quality of life. This work is another example of a high energy story being presented by a cast of superb actors, with good costumes, sets, music and choreography.

It is a story set in Virginia after WWI, where you meet up with Herman Camm (TC Carson) a slick talking and snazzy dressing scum-bag womanizer who is working his routines with several local ladies. He gets involved with May Lou (Naomi Lavette) and also with her daughter, Carrie (Ayana Reed). But, there’s also an attraction to a local singer named Pearl (Brittany Inge) who he has the hots for. He wants you to believe everything that comes out of his mouth. Even though he is not a politician.

Things get dodgy when Willie (Christian Magby) comes home from the war, and sees what is going on in town. Things get testy and Herman gets what he deserves. But, you’ll know that from the start as then the tale goes back to weave together the fabric of deception which created the outcome. Christy Clark rounds out the cast playing four supporting roles.

The show is a difficult story set to music by William Knowles and with a script by Ruth P. Watson and Thomas W. Jones, II, who also directed this production derived from the book, Blackberry Days of Summer by miss Watson. And TC Carson was in the cast as Herman Camm when the show premiered last year, and has come to town to reprise the role. S. Renee Clark on piano and Spencer Bean on guitar provide the on-stage music and the story moves on with great aplomb.

There are some very harsh segments, and this is not one for the kiddies. But, it does take you back in time to hard days for many people trying to find their ways through the forest of life.

The Horizon is in Little Five Points, with free parking and easy to get to. More info at HorizonTheatre.com