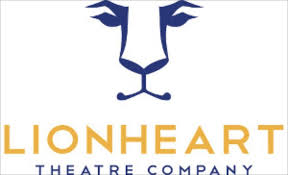 Playwright James Sherman understands the stereotypical Jewish family. The first son should become a doctor or a lawyer. The children should marry others of their faith, and never cause any embarrassment to the family. Well, that doesn’t always work out quite as one may expect.

Sarah (Cara Hendsbee) and Bob (Alex Parkinson) are expecting their first child, who is a bit late on arrival. As the show starts they are joined by brother-in-law Joel (Tyler Todd) who is in a serious relationship, which may not be quite what his parents may have wished for. How to break the news is the issue. And inasmuch as there is a Jewish holiday about to occur, and the family will be gathered around the table to dine together; why not invite his significant other to join them?

The snag is that the s.o. happens to be a gent, not a lady. When the s.o. shows up, Bob, who is an actor, decides to intervene and takes over to appear in drag as Joel’s randy Randy. Bob’s mom and dad, Miriam (Bobbie Elzey) and Abe (Lee Finocchio) are the stereotypes. And you know Abe gets the last words in every problem. “Yes, dear.”

As things go from silly to insane, the baby is born, and it is time for a Bris. Dr. Rosen (Colton Comb) shows up as the mohel, and his name is also Randy. All comes out well as there are no secrets, just unspoken truths. Joel’s parents are the type who always know things but don’t feel obligated to bring difficult matters into issue.

Davin Grindstaff directs this hilarious work on a neat set by Scott Rousseau. There are a lot of references to Jewish lore and practices, but you don’t have to be Jewish, nor speak Yiddish, to catch what’s going on. It could be like one you saw years ago on the Lower East Side.

Lionheart is located just off the square in Norcross with plenty of nearby restaurants, free parking, good views from every seat, AND free home baked deserts at intermission. It don’t get much better than that. More info at LionheartTheatre.org