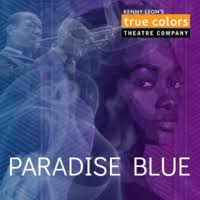 A part of Dominique Morisseau’s Detroit Trilogy, this intense production takes us back to the days after WWII when the Interstate Highway System was started. One of the problems was that politicians tried to gentrify some neighborhoods by running a road through them, and these ‘hoods were generally lower income venues.

Jamil Jude directed this energetic cast of five players. Blue (Javon Johnson) owns a jazz club joint in Black Bottom area. And that ‘hood as well as Paradise Valley was run over because it had been run down. And, you know it was primarily working class Black folks.

Blue gets offered $10,000 to sell the joint and he is inclined to do so and move to the Chicago area. Of course, the south side of Chicago wasn’t exactly Beverly Hills either.
His two colleagues are jazz players P-Sam (Enoch Armando King) and Corn (Keith Arthur Bolden), and they are not on the same page.

But, things can go awry and Blue’s lady, Pumpkin (Cynthia D. Barker), has some pretty serious concerns about her future as well as that of the gents; and after a vamp named Silver (Tangela Large) shows up things seem to heat up in other ways.

The audience is loving the show, with plenty of humor bits as frosting for aggravations, and the show is really great eye candy on the set by Isabel & Moriah Curley-Clay. You may miss a few lines here and there, but you’ll get the story quite easily and enjoy it.

The theatre is in the Southwest Arts Center on New Hope Road, and you can get more info at their website, TrueColorsTheatre.org