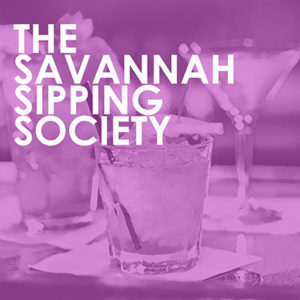 Jessie Jones, Nicholas Hope and Jamie Wooten love to craft comedies under the pseudonym of Jones Hope Wooten. They usually focus on groups of ladies as they try to work their way through disasters in the making.

In this one, you meet up with four women in Savannah, each of whom has her own story to tell, and own problems to deal with. Randa (Nancy Lowery Powell) is an architect who recently got laid off from the firm where she worked. She has serious financial concerns about keeping the house she recently renovated.

She meets up with Marlafaye (Suzanne Roush) who is a older hot chick who has some deep feelings about the tom-cattin’ Ex who is in Texas. And when they run into one another Randa invites Marlafaye and this other gal, Dot (Patty Guenthner), who is trying to get through the recent loss of her spouse, to come over to her place for a drink. And the stage is set, as a mere cuppa, or sip of something else, is a start to a much deeper affiliation.

Actually, one of the gals had also invited a fourth to join them, and Randa and the others meet up with a new gal in town named Jinx (Karen Whitaker) who feels she can make a new career as a life coach. The show is directed by Cathe Hall Payne who really enjoys this one, with all the hilarious lines and scenes. Just when you think there is nothing more than could go awry, it does. Including when Grandma shows up very briefly at the end of Act I.

A good set by Chuck Welcome, splendid actors, and great script and everything weaves several tales into one. If you enjoyed any of the other shows by the team also known as Jones Hope Wooten, or love the reruns of Golden Girls, then you know you will really dig this one.