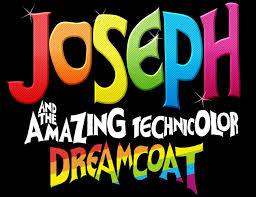 Joseph and the Amazing Technicolor Dreamcoat has been around for quite a while, and never fails to provide enjoyment to audiences around the world. If you have never seen the show please don’t think that it is a Bible-thumping production, for it is not. While loosely based on the Book of Genesis, it is a camped up creation of the geniuses Tim Rice and Sir Andrew Lloyd Webber.

The show is a send-up of the story of Joseph (Stanley Allyn Owen) and how he helped out the Pharaoh(Shane Delaney) with some agricultural planning advise, and then took off without any GPS for a long schlep through the desert. The music includes many types of melodies almost all of which are beautifully supported by dozens of youngsters on stage.

If you saw the production at The Fox about 5 years ago, please know that this is a far better production. The sets, costumes, props, choreography and musical numbers are bringing down the house at the Cobb Energy Performing Arts Center

Galen Crawley does a smashing job at the teacher-narrator. Glenn Rainey plays Jacob and young Benjamin is played by Matt Alea. This three day extravaganza is directed by Brandt Blocker, and choreographed by Cindy Mora Reiser.

Am amazing amount of work for a production which goes to stage only three times. The final performance will be Sunday at 2pm. More info available at AtlantaLyricTheatre.com So Go, Go, Go Joseph and have a ball.