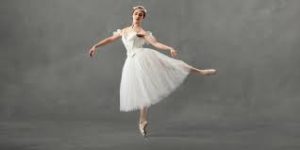 Let’s first jump to the bottom line. This presentation by our Atlanta Ballet is enchantingly wonderful. It is good performance, or better than, any ballet you may have seen in London, New York or Moscow. There are fewer than 5 more performances, so I would urge any reader to grab seats now.

Herman Severin Løvenskjold created the score for this ballet back around 1832. If you heard it for the first time and did not know of the composer, you would think it was one by Tchaikovsky. But, Tchaikovsky wasn’t born until 1840. Maybe he was influenced by the same spirits.

A sylphide is a young sylph, which is basically a forest nymph. And the story is one of love lost, love sought, personal failures and dealing with losses. But, as a ballet there may be no spoken lines, but you get the story spot-on as you watch the performers.

Tara Simoncic is a woman who has conducted many symphonies, operas and ballets and been in many venues. She is a guest conductor here for the first time, and hopefully shall return. We stand and yell Bravo to the huge cast and express our thanks to Gennadi Nedvigin for all that he has brought to us. La Sylphide is a constant with the Royal Danish Ballet, and is probably playing somewhere in the world every week.

Although it is somewhat “owned” by the Royal Danish Ballet, it is set in Scotland and not only will you see these fair maids in their tutus, but the males are all wearing kilts and sporrans. The Scottish farmer, James (Moisés Martin) is slouched in a chair by the fireplace in a large home. He is visited by a sylph, (Emily Carrico) who really gets his eyes, and more. For he is to be wed on the morrow. Things start to go awry when be is beguiled by this sylph who he thinks at first is a human. Until she vanishes by flying up a chimney. The Sylph is well noted for probably dancing more en pointe in this one that most ballerinas ever have to do.

And the action is put forth by a wicked looking Old Madge (Ashley Wegmann) who can read palms, and reminds you of the three witches in Othello boiling up double, double, toil and trouble.

This exceptionally good ballet is one suitable for all ages. There is a large cast of dancers and some are youngsters who also delight the audience.  The sets and costumes are fantastic as well.  It runs about 2 hours with an intermission and the Cobb Energy Center is easy to get to near 285 and 75, with plenty of garage parking. More info and tickets at AtlantaBallet.com