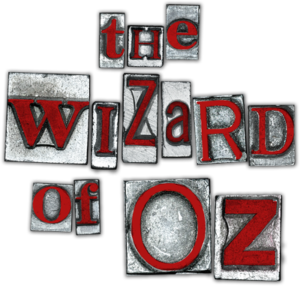 The Wizard of Oz
Alliance Theatre
through April 14, 2019

Once upon a time there was a story by L. Frank Baum about a young girl in a farm town who set off on a adventure and wound up on a yellow brick road.

I know you saw the film from 60+ years ago, and maybe read the Wonderful Wizard of Oz to your children, and seen it on TV, etc. But this production by the Alliance is quite a treat for young and old alike. Directed by Rosemary Newcott, a cast of nine players captures your eyes and ears from the first lines.

Phillip DePoy is the musical director and all the players are onstage. Jeremy Aggers appears as a scarecrow as well as two other roles. Niki Badua is Dorothy and she travels on to find good things for all. Glinda is played by Molly Coyne; and that cowardly lion and munchkin is Thomas Neal Antwon. The Woodman is Jeremiah Parker Hobbs and Lyndsay Ricketson is another munchkin and a Crow.

That wicked witch is Ellen McQueen who is also other roles; and the voice of that egotistical Wizard is Rob Lawhon, who is also 3 other characters.

While the story was banned many years ago for depicting women as strong leaders, it remains relevant as youngsters learn that family is what you make it, that you must first believe in yourself and that there really is no place like home.

The production may be aimed at an audience of K-12, but the story remains a standard to this day for the lessons it teaches one, be they 6 or 66, and it is enjoyed by all. Shows are Saturdays and Sundays afternoons, and there are shows mid-week in the first week of April. More info AllianceTheatre.org